A new report from Evaluate Energy studies how far this sudden cash injection changed spending habits for 86* U.S. and Canadian oil and gas producers. The full report – focused on cash used for capital spending, net debt repayments, dividends and more – is available for free download at this link. 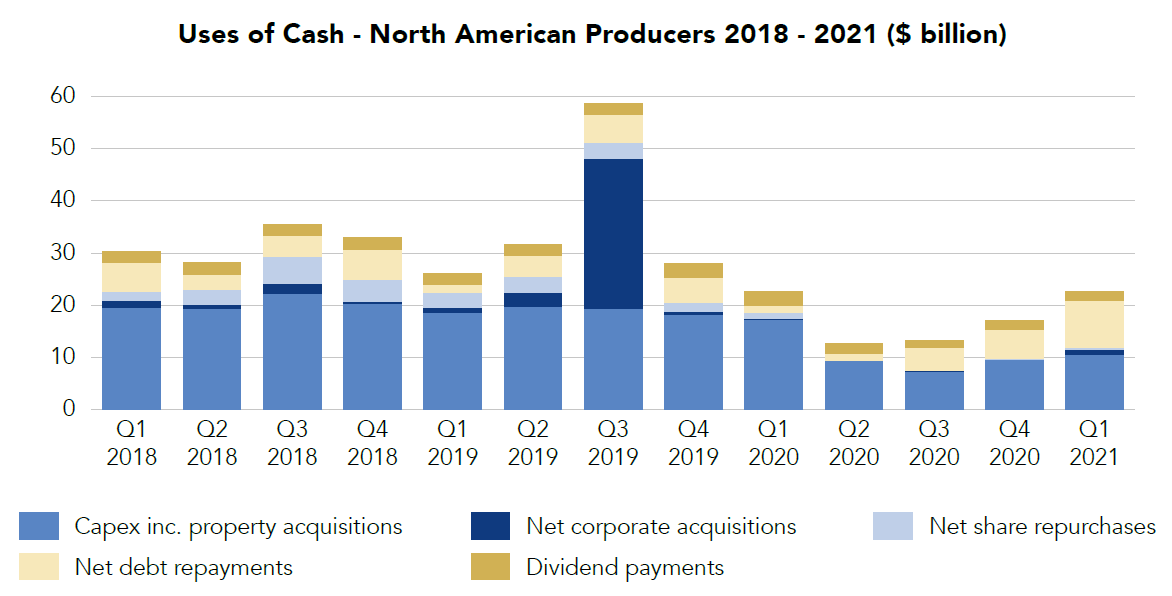 A sharp rise in Q1 2021 revenues aided by improved commodity prices caused the greatest increase in positive ‘free cash flow’ – the $ difference between operating cash flow and capital expenditures – seen in years. This was caused by capital spending not keeping pace with the sharp rise in revenues.

The group of 86 companies used this free cash flow to pay off a far greater amount of debt than has been typical. The report goes further and looks at the individual habits of each sub-group in the study:

For more details on how producers spent their cash in Q1 2021, as well as information on the results of specific companies included in each peer group, download the full report at this link.

*The 86 companies in this report all fit the following criteria: